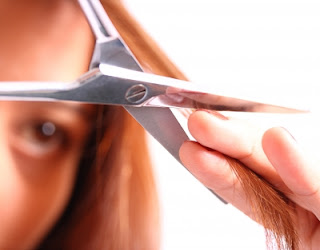 “People always ask me how long it takes to do my hair. I don’t know, I’m never there.”

There are many good reasons to like Dolly Parton, but that quote sums up most of them. There's something wickedly subversive about looking like a Barbie doll, and then deliberately exposing the conjuring trick behind it - wigs, boob job and all - but something oddly generous, too. She never pretends it's effortless, or universally attainable (as she once said, it takes a surprising amount of money to look this cheap) and by making clear just how much time and money the fantasy costs, she lets the rest of us off the hook.
I've been thinking about this ever since I interviewed the Tory MP Claire Perry last month, for an article about feminism. She was rolling her eyes at the madness of feeling that she had to fit in a run round the park that morning, despite having masses of work and all her Christmas shopping still to do, and we ended up discussing why women in public life - even in careers where looks should be irrelevant - feel such pressure to maintain the illusion of youth.
Perry had even tried to persuade colleagues to join her in a public protest against the pressure to dye their hair, letting their grey roots show for a month to expose the ridiculousness of the pretence. Why not, she argued, just be frank about the fact that 'this is what 47 looks like' - and that not looking like it takes money, effort and time that could be spent on something else?
Defying age was always part of the job description in professions that depend on looks, like showbiz, but it seems to be spreading. Perhaps one reason so many female MPs dye their hair is not just that politics is now widely televised but that its leaders are getting younger: suddenly, one hears of older women - and sometimes men too - struggling to land seats. (One candidate I met was advised to knock a few years off her age, since some constituencies didn't really want over-50s). It's not about projecting an image of beauty but of youth, vigour and thrusting ambition - even though none of these qualities is obviously confined to the under-50s.
There is an obvious injustice in women being made to feel, yet again, that there's something wrong with the way they look. But more pragmatically, this kind of maintenance now risks becoming a sort of 'third shift' for women in some professions: just another time-consuming weekly chore on top of the housework and the job. (As the American writer Nora Ephron once put it, 'sometimes I think that not having to worry about your hair anymore is the secret upside of death.') That's not to deny the pleasure many women get from playing dress-up, but there is a line beyond which it's no longer a pleasure but an obligation.
Which is what is interesting about Perry's idea. A month 'on strike' wouldn't require women in the public eye to abandon all vanity, but it might make all of us think harder about which aspects of it are fun and life-affirming and which aren't - and if even that's too much, a few Parton-style confessions wouldn't do any harm.
On which note, for anyone who saw me this week in Grazia magazine: that's the result of two hours' work by a professional stylist, makeup artist, flattering lighting and a very patient photographer (and doubtless a careful editing out of squillions of hideous reject shots). "Are those your real clothes?" said my mother suspiciously, when she saw the picture. Hell no: that's barely even my real face....
(Photo: Stuart Miles)
Posted by usedtobesomebody at 12:38