should childcare be tax-deductible? 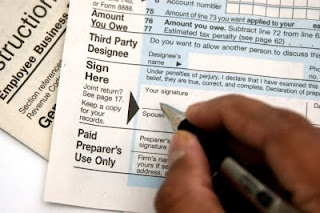 HIGHLIGHTER pens! Architects' fees! Room service dinners on overnight trips! (Bear with me: this gets more interesting). Bank overdraft charges! Fax running costs! (But not, strictly not, fax machines).
Yup: these are just a few of the thrilling things that as a self-employed person I can, in the unlikely event that I haven't lost the receipts, legally offset against tax. These are the things considered so essential to my work (mailshots and free samples! car breakdown service membership!) that I'm basically allowed to have them for free. The one thing missing from the list, of course, is the one thing without which millions of people can't actually do any work: childcare.
And that's why the holy grail of tax-deductible childcare, which as the Sunday Times reported yesterday a some Conservative backbenchers are pushing David Cameron to introduce, looks initially like a no-brainer.
It would be unbelievably expensive, of course, which is why the Conservative Treasury team backed off hurriedly when they looked at it before the election. But the argument is that it could be limited initially to the self-employed, as a kind of reward for entrepreneurship - or an incentive for parents frustrated at the lack of flexible conventional jobs to create their own.
Were we starting from scratch now, it would of course seem crazy not to include childcare alongside 'renewals of small tools and items of equipment' (to quote that fascinating HMRC publication, 'Self Employment: Full Notes') under the heading of stuff without which the working world would grind to a halt, and which we therefore subsidise. But the snag is we're not starting from scratch.
We're starting from a decision to cut the amount that lower income parents who get Working Tax Credit can claim for childcare, from a maximum 80% of the nursery or childminder bill to 70 %, last spring. And yes, it sounds very boring and technical, but it probably doesn't feel that way to parents who were only just breaking even at work after shelling out for childcare and now find work quite literally doesn't pay. Should nannies for entrepreneurs be the priority, or should it be keeping these parents in work - not just for their own sanity, but for the sake of the taxes they'll pay for the rest of their working lives if they manage to hang on in there now? After all, if you have to wait until the end of the tax year to claim back your childcare costs, it isn't going to be much use to those struggling to make ends meet.
The other hitch with tax-deductible childcare is that money isn't always the problem - and perhaps especially for the self-employed (as well as for people working shifts and antisocial hours). Work is often unpredictable for start-ups: sometimes you're madly busy, sometimes worryingly slow, and projects may come up at short notice. What that requires is flexible childcare where you can chop and change days, rather than committing a term ahead to a nursery place you're not sure you will use. But this kind of free-range childcare spells more hassle and less profit for providers, so it's hard to find even if you can afford it. The idea being kicked around the Tory backbenches is to deregulate childminding, so that less rigorously trained and inspected (and presumably cheaper) minders can set up on a more casual basis, perhaps filling this gap: but not everyone will fancy leaving their precious firstborn in no-frills childcare, which lacks the same emphasis on early education as a fully trained childminder.
That said, these ideas at least show there's fresh thinking in politics about childcare - and they should generate rival ideas from other parties too. Here's hoping...